Daily Living and Work With the Sacred Feminine

The second half of my life has been greatly enriched by opening my mind and heart to the unknown, to find myself on unexpected roads, physically and otherwise. On a local trip recently, I turned my car north, instead of the intended southbound direction. Minutes later, I encountered four black bears, all adults, on the roadside. They were busily investigating how to get the lids off a few garbage bins, and paid me no heed. But, sighting four adult bears together is unusual. This encounter carried a message.

A short distance away, I pulled over my car to look for a pouch of tobacco. Many years ago I learned that a close encounter with animals in a natural environment calls us to express gratitude. For example, while driving, toss some tobacco out the window with a prayer, or pull over and pray. No tobacco, regardless, palms together I prayed for the well-being and safety of these bears, that they be able to find healthy food elsewhere, as the Creator intended for them, and not bring harm to humans nor come to harm by humans.

In the 1980s I recall my first teaching about the presence of bears. An Anishinaabe-kwe grandmother, with whom I was staying, had sighted a large bear outside her cabin in a community north of Sudbury. Rather than feeling fearful, she saw the bear as a messenger, to whom an offering should be made. She placed berries beside a tree in the vicinity of her cabin, and prayed for the bear’s well-being. Since then, I have perceived the presence of wild animals in their natural setting as a sign, to reflect upon the meaning of their presence, and recognize their life as sacred as one’s own. 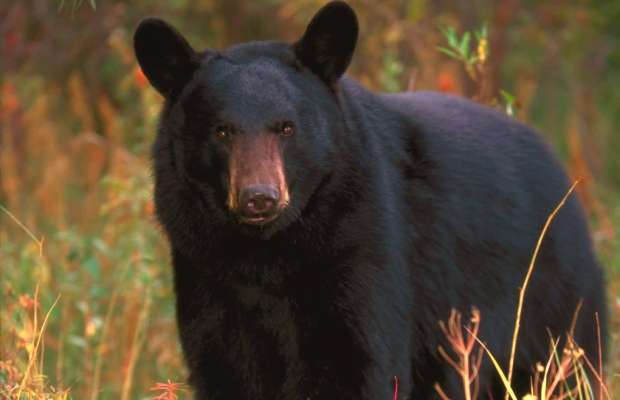 That belief has become a more experientially lived integral aspect of my life since relocating to the countryside more than six years ago. Indeed, the fabric of my life is stitched together, and continues to be woven daily, with layered threads of deeper and expanded awareness of the ‘sacred feminine.’

The physical demands of a rural homestead are powerfully grounding, as one’s feet remain firmly on the ground, in all ways. I negotiate whatever cards Nature deals me, whether pleasant or daunting, in the recognition that I rely on Nature. This act of acceptance is done with grace and preparedness, as my previous blog post indicated upon an electric power blackout.

Immersed in the world of Nature offers life lessons every day, when you pay attention, receptive to learning the innate wisdom of all Creation – the sacred feminine. Doing so has restored immense joy in being alive, by witnessing, and participating in, the constant every-changing dance of life around me.

Last weekend, in fact, I conducted my first workshop in a while, with a new theme, titled: “An Introduction to the Sacred Feminine, An Inner/Outer Healing Project for Our Time.” The heartfelt reward for me was to be among a circle of people who genuinely appreciated the range of knowledge that I offered, and told me so afterwards.

First of all, I am grateful to Kevin Hart, minister at Wesley United Church on the Saugeen First Nation #29, who has expressed a lot of interest in my work. He invited me to conduct the second workshop in a series that he initiated on the topic: “Do You Care?,” to begin dialogues that are multicultural and intergenerational. Engaging in conversations together, we can discover ways to collaborate on caring for each other and the Earth.

Some churches today are making genuine, proactive efforts to make amends for the devastation brought upon Indigenous peoples through centuries caused by the institution of Christianity. Tragically, it misunderstood, dismissed and, worse, demonized, the spiritual beliefs and practices of Indigenous peoples.

Kevin’s authentic caring approach, in my view, is one excellent model for other Christian pastors to follow. Please know that I make this statement as a person not affiliated formally with any church, although my family background is United Church. My life journey, instead, is to explore what various spiritual paths hold in common and weave together those insights with other areas of interdisciplinary knowledge.

What I support, therefore, is not religious faith per se but rather genuine expressions of the spiritual teachings within religious and spiritual paths based foremost on love, and practitioners who rise above any form of discrimination. For I believe that all human beings come from the same spiritual Source and return to that Source.

Therefore, Kevin’s sincere interest to be a learner as well as a helper in a First Nation community and, moreover, to invite two women to join him in this workshop series, demonstrates a genuine holistic vision that moves beyond the historic patriarchy of The Church. This holistic vision essentially includes the sacred feminine.

In my workshop I referred to examples of text, and showed symbolic images, on the relationship between past, present and future, in segments titled: Re-awakening our ancient wisdom; Re-connecting with the Earth and Spirit; and Co-creating a new humanity.These themes relate to my life’s work combined with my latest research.

My intention was to point out that Euro-western peoples once understood Spirit and the sacredness of the Earth, and this understanding is being renewed today by maverick thinkers and practitioners in the sciences and other fields of knowledge who are revisiting and updating outworn and inaccurate positions about ancient wisdom.

For I also described why this renewal is necessary, relating how Euro-western cultures experienced a split in consciousness – disconnecting from Spirit and the Earth. I referred to the research by the late Dr. Leonard Shlain, from his book The Alphabet Versus the Goddess (excerpts mentioned in two previous blog posts in October 2012).

I intentionally chose both to “show” as well as “tell” examples of ancient wisdom, in order to engage the whole brain. Explaining the lateralization of the brain, I showed the juxtaposition of the left and right brain hemispheres. Using Powerpoint, I highlighted a series of intriguing images on a large screen, welcoming comments for discussion.

The fact is, Indigenous people never forsook the sacred feminine, unlike Euro-western culture. What I emphasized were the reasons how people in Western culture became deeply wounded at a soul level, from the loss of understanding the feminine principle, hence no longer valuing the development of inner ways of knowing.

Later that day, a traditional Anishinaabe-kwe woman approached, and thanked me. Lori Kewaquom, Saugeen Cultural & Wellness Coordinator, told me that what I said, in regard to the soul woundedness of Euro-western people, was the first time in her entire life that she heard someone from outside her own culture speak those words.

I just wish that I could convince more people within my own culture to reflect on our socialization processes, how our institutions and workplaces function, and interrogate our obsession with material success. Indeed, there is much healing work to do.

Awakening to possibility is my hope for humanity, and I continue to be a willing helper through various activities. The success of this workshop inspires me to develop a set of new workshops that can be adapted for diverse groups of interested people.

As for those four bears mentioned above, the traditional women at my workshop agreed later that four together is unusual, suggesting their appearance symbolized the full circle of my work, that is, the sacred circle of four directions.

The positive experience of this recent workshop could not have happened without the warm reception by these women, among whom I particularly want to acknowledge Lori. Her presentation followed mine, and focused on water. 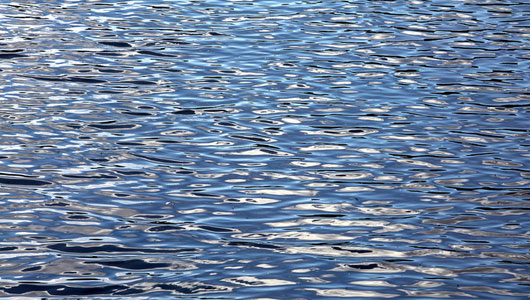 Lori eloquently related the role of women in protecting water, as bearers of children and protectors of Mother Earth, which Anishinaabec spiritual traditions teach, so that the youngest child grows up with this respect and practice.

Throughout the day of giving our two workshops, in fact, all generations were present, from a baby inclusively up to a few grandmothers, the eldest who contributed wisdom mixed with a delightful sense of humour.

This coming Saturday marks another wonderful opportunity for Native and non-Native communities to come together in my region, again, for a life-affirming purpose, by participating in the Saugeen Water Walk, initiated by Lori’s First Nation community.

This event serendipitously brings to life Kevin Hart’s workshop theme “Do You Care?,” in the affirmative. The gathering of folks will walk along Lake Huron, pray together for the restoration of the water and the land that currently are threatened, and share food.

May we continue to do so.

4 Responses to Daily Living and Work With the Sacred Feminine