Focus on Light Within You When Confronting Darkness

Last week through several days after an ice storm, I had my first extended experience of a power blackout. During the day I visited friends to ensure they were okay, otherwise sitting in coffee shops to keep warm, and write. In the evenings, I stoked my kitchen woodstove, so that the heat would rise through the ceiling grate into my bedroom above. Several jugs of water enabled me to keep face and hands clean, and teeth brushed. For recreation I seated myself in front of the woodstove to read a book by flashlight.

My reading material was as dark as the absence of light around me. I have been plowing through a 400-page book No Immediate Danger (1985) by the late and brilliant Dr. Rosalie Bertell (1929-2012), scientist, environmental activist and international expert on radiation. Her book relates the dangers of low level radiation, and the history of cover ups by the nuclear industry. Bertell’s investigations give evidence the industry refuses to carry out appropriate studies on human health and environmental dangers, or be honest about the actual life-threatening consequences.

This book research is part of a small mountain of material that I have decided to study, as a concerned citizen in my local community, one of six regional municipalities among 21 approached in Canada by the Nuclear Waste Management Organization (NWMO) to bury high-level radioactive waste. A technological application not yet implemented anywhere on this planet will be used. Certain places in Europe also have been approached, similarly going through stages of possible approval. (Low and intermediate level nuclear waste also is being proposed locally where I live, in one location.)

What heightens my outrage in what is supposed to be a democracy – and see my concern about federal obfuscation of environmental issues in the previous post – is the fact that economically impoverished rural communities are being approached, where the majority of councillors appear to be poorly educated and/or indifferent about environmental issues. Nor are they engaging their respective constituencies in a truly democratic process to be properly informed, to date. I pray this present situation will turn around.

Why does it seem that it always is only a small number of individuals who have the courage and the integrity to stand up for what is morally right, at least in the beginning, until other folks can be awakened? Given this current challenge that I have taken on, God bless every other person within this region, who cares enough about the well-being of future generations and the natural environment, to engage in interrogating these unspeakable proposals.

Meanwhile, what is helping me maintain my intellectual and spiritual balance in recent days is preparation for an upcoming workshop on “Recovering the Sacred Feminine.” It will be the first of a new set of workshops that I want to offer diverse gatherings, provide illuminating insights not widely known, and engage participants in experiential activities and discussion about ways we can co-create a more caring world.

To maintain inner balance as I study unpleasant facts, I need a daily diversion. Sunday night, for example, I watched on TV a 1932 comedy Me and My Gal, starring Spencer Tracy. Next, I unexpectedly tuned in a repeat of last week’s episode on Bill Moyers & Company titled “Sandra Steingraber’s War on Toxic Trespassers.”

This discovery is what I call “synchronicity.” What I mean is, when we open our hearts to the Universe, in the hope for insights on how to be strong and courageous, that energy of “light and love,” in turn, can bring unexpected yet serendipitous information.

Through many years I have enjoyed Bill Moyers’ interviews. I consider him to be among the most intelligent and compassionate, independent thinking investigative journalists of our time. His interviews have included some of the most philosophically, spiritually, and environmentally, cutting edge astute minds of our era. They continue to be an inspiration.

Close to the end of the Sunday night program, Bill Moyers informed viewers that his recent interview with Sandra Steingraber happened two days before she was sent to prison on a 15-day sentence for trespassing, with a small circle of other people. They had illegally blocked the driveway of a natural gas company in upstate New York, to protest against fracking. She refers to this company, nevertheless, as “toxic trespassers.”

Steingraber, during Moyers’ interview, said something really inspiring. She cited the syndrome popularly known as “well-informed futility,” by which people who make the effort to educate themselves on life-threatening environmental issues become mentally and emotionally paralyzed to the degree that they feel unable to fight these threats.

Steingraber, in contrast, related how she emphasizes the value of heroism to her children, and the need for ordinary people to take on the mantle of the hero. Next, Moyers pointed out – eloquently – that mythologist Joseph Campbell once told him how the `hero’s journey’ was a possibility for each and every human being who had the willingness to find his or her particular route along that journey. Wow!!!

Think about it! Throughout history, usually it has been specific independent thinking individuals – often ridiculed and marginalized during their lifetimes – as well as initially small groups of dissidents challenging the status quo, who demonstrate the inner power of the human heart and spirit to confront all types of darkness and adversity, bravely, for the larger good.

Rachel Carson is one example. I invite you to read my October 2012 post about her courageous stand as a biologist, despite character assassination and sexism by stupid, arrogant individuals who were making decisions that inflicted widespread harm to human health and the environment. Doing so continues. Today, in the spirit of Carson, Steingraber has taken up the heroine’s mantle, shown in the excellent documentary Living Downstream.

How appropriate that I am completing this blog post on Earth Day in Canada. Earth Day is about becoming better informed and choosing to take life-affirming actions.

Before closing, however, I want to acknowledge the intentional killings of innocent individuals as well as numerous severely-injured people during the Boston Marathon and its aftermath, caused by terrorist acts. Whether domestic and amateur, or otherwise, is not yet known; but the results still are horrific. To see an intelligent commentary, among reporters and readers who raise important questions, go to The Lede, a blog at The New York Times that gathers various perspectives and engages readers, democratically, in a conversation.

I would like to express my condolences to all of the affected families, both in the above Massachusetts tragedy, 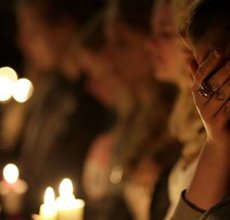 and also in reference to the horrific explosion of the fertilizer plant in West, a small farming community in Texas.  To more deeply understand this tragedy, I recommend a disturbing article titled “Texas fertilizer company didn’t heed disclosure rules before blast.”

The news here will be unsettling to my American readers, who might feel inclined to do some letter writing and related actions. Rep. Bennie Thompson, ranking member of the House Committee on Homeland Security, says, “This facility was known to have chemicals well above the threshold amount to be regulated under the Chemical Facility Anti-Terrorism Standards Act (CFATS), yet we understand that DHS did not even know the plant existed until it blew up.”

Other revelations in this same news story will not make you happy either. Numerous other depots and plants that store the highly volatile anhydrous ammonia and other chemicals are not well regulated, and many of these facilities similarly are near residential areas. Be angry, be very angry – and ask some tough questions of your politicians and relevant manufacturers in your local areas.

My final suggested link to all readers is a lovely six-minute video, mentioned by Moyers to close his Sunday episode, titled Dance of the Honey Bee. Beautiful images with factual yet loving commentary – the voice-over narration by Bill McKibben, Founder of 350.org – is a powerful way to raise awareness, and inspire folks to stop the toxic destruction of our planetary life support system, through our everyday choices and longer term advocacy and actions.