Then they came for us – How “strong and free” is Canada?

Dear fellow Canadians, do not ever take freedom of expression for granted. Many years ago I had my eyes opened to the various levels of social injustice in Canada, working fulltime as a freelance journalist. My previous rose-tinted eye glasses as a complacent Canadian shattered into countless pieces on the earth of a Canada praised in our anthem as “The True North strong and free.” These days, increasingly, we all need to pay attention to a few more lyrics in that anthem, such as: “we stand on guard for thee.” In short, more of us need to get off our duffs to demand, and safeguard, freedom of expression that continues to be diminished by Harper’s federal government.

Our national news media, God bless them, are paying attention, telling us about the latest targets of the Canada Revenue Agency (CRA), which include PEN and OXFAM. These actions ought to outrage anyone who cares about freedom of expression, and who needs to become more aware that the CRA net is widening to capture and lessen the grassroots power of organizations which support social and environmental justice. 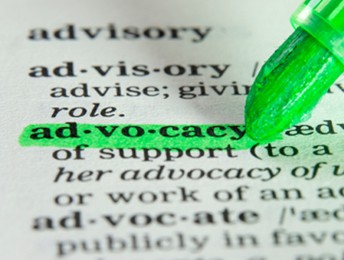 Revenue Minister Kerry-Lynne Findlay must think Canadians are idiots to believe what she said, cited on cbc.ca online, in a news item by The Canadian Press, dated July 10, 2014: “CRA audits occur at arm’s length from the government and are conducted free of any political interference. Our government is committed to ensuring that our tax system is fair to all Canadians.”

Those words espouse a blatant lie. How do you explain the pattern of organizations selected by the CRA to undergo expensive audits – following the 2012 federal budget which bequeathed 13 million [taxpayer] dollars, increased from the initial eight million to the CRA dedicated to this task? Contrast those selections with non-selected organizations, such as the Fraser Institute which “can happily enjoy immunity from any challenge under Canadian charitable law,” according to Warren Bell.

Warren Bell contributes thought-provoking opinion columns to The Vancouver Observer. Dr. Bell is a family physician and Past Founding President of Canadian Association of Physicians for the Environment.

In his brilliant exploration of the Anglo-Saxon history of “charitable status” – whose origins were in 1601, based on an enactment from the British Statute of Elizabeth – an insightful article which I advocate that every Canadian read, Dr. Bell concludes:

The Fraser Institute is a prime example, Dr. Bell informs us, of a “prominent corporate lobby group,” who promotes itself as an “independent public policy research and educational organization.” Moreover, in its materials and presentations, the institute always identifies its “educational purpose” or “research finding.” Important to note is, the Fraser Institute espouses the beliefs and attitudes of the Harper administration.

Compare the above with what befalls charitable organizations, increasingly, which have challenged the Harper government on a number of fronts, domestic and international. In doing so, any intelligent person can discern a pattern of those organizations being targeted for audits, and more aggressively since 2012.

This pattern is a serious threat to freedom of expression in Canada. The reason is, loss of funding diminishes activities that enable our democracy to thrive through protection of, and strengthening, the safety and health of humanity within and beyond Canada.

Some audits can take more than a year. These intrusions not only raise the legal costs of the targeted organizations. But, as well, they distract staff from operating effectively and raising funds, because the auditors want to see all documents and correspondence. Furthermore, even the threat of having to undergo an audit can cause confusion and upset, not knowing what the CRA will label as “political” to then revoke charitable status.

The consequence of this audit pattern is rightly called “advocacy chill,” by Gareth Kirkby, a former journalist and now graduate student in communications. In Kirkby’s 2014 MA thesis, he maps this pattern, based on research including interviews with the leaders of 16 such organizations. The Canadian Press cites Kirkby’s thesis:

“The data suggest that the current federal government is corrupting Canada’s democratic processes by treating as political enemies those civil-society organizations whose contributions to public policy conversations differ from government priorities.”

In The Canadian Press interview, Kirkby identifies three particular charitable sectors that appear to be singled out for CRA audits: environment, development and human rights, and charities receiving donations from trade unions.

This moment in Canada is not the first time in history that such sectors have been attacked. The words “Then they came for me,” have an origin so chilling that the entire piece of prose in which these words first appeared has been used repeatedly since 1945 by diverse groups, and individuals, to challenge various forms of oppression.

Martin Niemoller (1892-1984), regardless, was the German Protestant church minister who first composed them. He created several versions of his longer `statement’ for diverse audiences to whom he preached reconciliation and disarmament through the rest of his life, after seven years in Nazi concentration camps until liberated by the Allies:

The above version of Niemoller’s famous statement can be found on the website of The [American] National World War II Museum, in a lesson plan for teachers titled “Resistance Movements, Partisans, and the `Righteous Among the Nations’.” The lesson plan identifies the various German resistant groups, and concludes by inviting reflection on Niemoller’s statement as related to the universal issue of individual and collective responsibility.

If any of my readers believe that I am overstating the comparison between then and now, consider this fact. On May 27, 2014, Lawyers Rights Watch Canada sent a written statement (several pages) to the 26th Session of the United Nations Human Rights Council, titled: “The Shrinking Space for Dissent in Canada.” It revisits the themes of concern that I identified above – and much more! 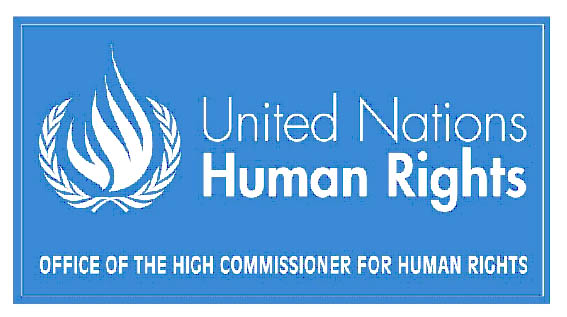 Let us look at PEN Canada, a nonpartisan organization of writers. It is renowned for defending persecuted writers and fighting censorship – both abroad and within Canada. John Lorinc, journalist and PEN member, wrote an excellent opinion piece on PEN’s political advocacy titled “PEN audit will come back to haunt Tories.” (Here’s hoping.)

What’s immediately more heartening is that within days of news breaking out about the CRA auditors arriving at PEN offices, PEN Canada received a number of new memberships, plus six generous financial donations.

The very exercise of auditors deciphering whether any organization’s activities – when explicitly nonpartisan as is PEN – meet the government’s definition of political activity should give us pause about what is going on here.

The exercise is utterly ridiculous when the mandate of these targeted organizations is to protect the freedoms that enable a democracy to function as a democracy, which fundamentally means protecting freedom of expression as a basic human right.

Let me be clear. When the production and distribution of knowledge, to raise awareness on pertinent issues of our time, is diminished because the government actions targeted to limit funds for knowledge production, doing so is called “political repression.”

Regarding OXFAM Canada, member of an international humanitarian confederation, the government bafflegab that attempts to dissect OXFAM’s mandate, in questioning whether it is “preventing” poverty rather than “allieviating” poverty, needs to be read to be believed. See “Canada Revenue Agency says ‘preventing poverty’ not allowed as goal for charity.”

The political targeting of a longer list of organizations that focus on humanitarian and environmental advocacy is painful, given the harsh reality that we now occupy an imperiled planet. Such organizations are trying to wake us up to pay attention about restoring the wounded life support system of the planet before it is too late in regard to safeguard the well-being of future generations.

Who could be more important to support than physicians (and like-minded scientists), who are dedicated to study, gather, analyze, produce and share knowledge critical for human survival on our environmentally-imperiled planet??? Actually, value the creative professionals too, who create stories based on this knowledge to engage our attention.

The reason to revoke PGS’s charitable status, identified by the CRA, was “excessive political activity.” PGS is a member of the International Physicians for the Prevention of Nuclear War, which won a Nobel Peace Prize in 1985.

PGS’s mission includes: Abolish nuclear weapons; Prevention of war; Non-violent conflict resolution; Social justice; and A sustainable world. In other words, this nonpartisan organization of physicians realizes that every aspect of life, in regard to peace, safety and health, for people and for eco-systems, is intertwined.

The CRA perceived the above as “excessive political activity.” Can we not interpret the PGS mission, alternatively, as focusing on efforts to protect, and restore where necessary, a world worth living in?

Fortunately, some people recognize and value PGS’s tremendous efforts and – even without receiving charitable tax receipts – continue to support Physicians for Global Survival, so that it can pursue its life-affirming activities.

My hope today, in restoring the Canada in which I once felt proud to be a citizen, resides in a larger number of fellow Canadians at the grassroots level having the courage, the integrity – and taking the time – to challenge the undemocratic actions of the Harper government. These include, yet reach beyond, the current, federally-influenced, CRA preoccupation.

Reflect on the freedoms that you cherish. Consider various ways to offer support to – and perhaps even join – specific causes, to ensure that fellow human beings can enjoy these freedoms as well.

The well-being of the human family and our planetary home depends on active caring.