Homeward bound through the snow-laden countryside on a sunny, blue-sky day, I found myself humming, an unconscious impulse when inner peace and joy is awakened. These feelings arise whenever I spend time among kindred souls who care about the earth and everything alive on it. Driving past a woodlot, I then started to giggle, patiently slowing down. A wild turkey had decided to cross the road directly in front of my approaching car, and in no hurry.

Such serendipitous encounters with the world of Nature’s nonhuman creatures, to me, are gifts. They offer transformative moments of delight that can carry me through the day, and longer. For, in such moments one is reminded, so gently, about what really matters – life itself and being alive to the journey as it unfolds (or see it trundle in front of you) rather than be fixated on the destination.

I was returning home from an event hosted by the Bruce Botanical Food Gardens (BBFG), held at the Ripley Community Centre in Bruce County, mid-western Ontario. The focus was a webinar from Geneva, Switzerland, shown on a large projection screen – one of 50 community events – organized by Food Secure Canada.

Titled “Stepping Up to the Plate,” the webinar presentation featured Olivier De Schutter, United Nations Special Rapporteur. He communicated key points from his 2012 U.N. report on Canada’s food security and the right to food as a human right.

Here is an example of the digital world at its best, using interactive technologies to bring together the human family – in this case across a nation and connecting with another part of the planet – to share concerns and initiatives. Thus fortified with what unites us, we then can go forth to make a difference in the world, feeling lifted up in knowing that we are not alone.

Living in a rural area in recent years means everything to me as a former city woman, already well acquainted with the positive and challenging aspects of both suburban and inner city life. Now, I am immersed in a different cultural world, also endowed with its own yin-yang of what is positive and what is challenging.

The fact that we live on an imperilled planet is not new to me. But this fact too often meets deaf ears in the city. Here in the countryside, the challenge that I see is a sense of powerlessness, based on few people being well enough informed on how global issues impact on their own lives. My life now rooted in a rural region, I can speak as a witness to the challenges here, that also include cash-strapped municipalities and lack of jobs.

I feel compelled to lay on the table a fact that can no longer be denied. The world is heading toward a food crisis, and that includes Canada. No human being is exempt from this reality. The only choices we have – and we do have choices – is “stepping up to the plate” (pun intended) to figure out what we are going to do about it.

How can we minimize the impacts of future food shortages, and perhaps even divert the path we are on? For the latter, a shift in consciousness is essential now.

I am delighted to bring attention to the Bruce Botanical Food Gardens project, whose mandate illustrates the essential ecological shift in consciousness. In its early stages, the BBFG’s long term vision speaks to the heart and soul of what will keep rural Canada alive – people who care about each other and the well-being of the land and water that sustains life. The volunteer initiative here is outstanding and exemplifies the type of grassroots initiatives that are the hope for the future.

Such grassroots initiatives with a life-affirming vision, in fact, are why rural and urban people need to collaborate, hand-in-hand, to protect every acre of agricultural land wherever you live. As the U.N. Special Rapporteur and Food Secure Canada’s mandates mutually point out, safe food and clean water are human rights, not commodities. As well, the Canadian government needs to create a coherent national food policy. 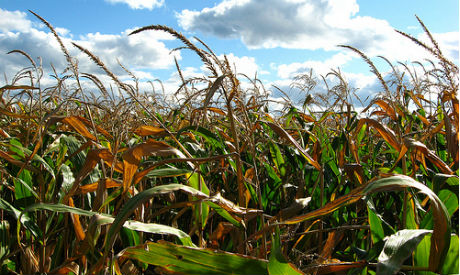 Protecting what sustains life requires also fighting against industrial activities that further poison the very sources of life – the sacred feminine. We, as fellow citizens, need to work together to heal and restore the land and water contaminated by toxins, and ensure accessibility to clean water and healthy food for all, now and in the future.

Another issue of concern for planetary citizens globally is the growing inequality between the rich and the poor. I recommend looking at an Oxfam Media Briefing called “The cost of inequality: how wealth and income extremes hurt us all.” This fact was identified in the World Economic Forum’s Global Risk Report as one of the top global risks of 2013.

Be inspired by the work of Food Secure Canada (FSC). Its website is a visual and textual smorgasbord of knowledge and activities that mirror the multi-layered dimensions of food security and food sovereignty that it promotes, both within Canada and abroad. Its vision includes: zero hunger, a sustainable food system, and healthy and safe food.

Totally worth reading is the FSC report “Resetting the Table: A People’s Food Policy for Canada.” The contents would be of interest to fellow planetary citizens outside Canada too, because we all are affected by the priorities of multinational corporations and governments who focus on international trade to benefit industry, yet overlook the well-being of each nation’s citizens at a basic survival level.

One cautionary note, for example, refers to the huge returns in global agribusiness in 2008, the year of the global economic downturn, when the first indications of a coming food crisis were identified in the news media. The FSC report reads: “Hedge funds and other futures investors had also recently turned to food as the next hot ticket…In the absence of strong food policies and regulation in the public interest, the global food system has been left in the hands of the market” [p. 6, FSC report].

By the way, this dilemma was seeded in the fields of developed countries, as well as developing nations during the days of the so-called `green revolution,’ between the 1940s and the 1970s. Whether originally well-intentioned or not, the green revolution eventually was seen to be misguided – although still today not by government and industrial agriculture. Nevertheless, the U.N. Special Rapporteur Olivier De Schutter reports:

“Since the 1950s, Canada has been moving to large-scale, input-intensive modes of production, leading to increasingly unsustainable farming practices and higher levels of greenhouse gas emissions, soil contamination, and erosion of biodiversity” [p. 7].

The 2012 FSC report identifies an international recognition that Canada ought to heed:

“In 2008, the World Bank and the UN convened 900 experts to carry out a comprehensive three-year assessment of world agriculture. Formally endorsed by 58 countries, their findings called for fundamental shifts in farming away from industrial production models and towards agro-ecology” [p. 13].

Worse, he points out that the current Comprehensive Economic and Trade Agreement with the European Union (CETA) undermines the transition to a more sustainable food system because of proposed legal requirements – currently in draft form – in public procurement that does not favour Canadian goods, services or labour within Canada.

Is there not something wrong with this picture??? More Canadians need to take steps to become better informed about CETA, and challenge what our federal government is endorsing, as usual, without sufficient public awareness and debate. Wake up, and demand more publicly available information and the right for your concerns to be heard!

Food sovereignty is at the core of human rights on this planet. Indigenous peoples always have been the leaders and teachers in trying to awaken the rest of humanity about the sacredness of the earth. For human life is totally dependent upon the health of, and accessibility to, other forms of planetary life, including water, land and air.

Both the FSC and U.N. reports recognize the importance of Indigenous human rights here in Canada, and internationally – particularly food sovereignty.

The fact is, in Canada (and elsewhere), Indigenous traditional knowledge has been disregarded by corporate and government power-holders who function, regrettably, with a consciousness split from the world of Nature and the world of Spirit. This split can be healed, with a willing and caring heart.

Awakening to possibility can happen everywhere, including among those folks who work within government and corporations, to apply the wisdom of the soul to see what must be changed in the ways that we function on this planet.

Grassroots people are setting the example. Let us see the same dedication to improve public policy that serves the people and the well-being of the earth.